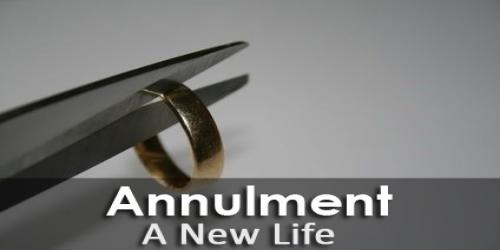 An annulment is based on mental illness, fraud, forced to approve, physical not capable to consummate the marriage, lack of consent to underage marriage or bigamy.